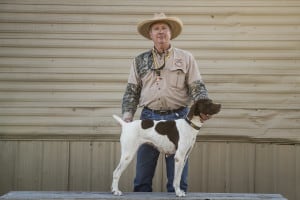 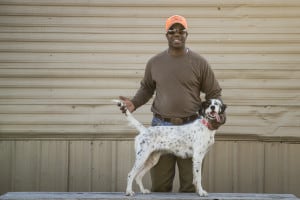 The Tulsa Bird Dog Association has wrapped up it’s 2015 points season with our sixth and final field trial of the year. Before we discuss the results, the TBDA would like to voice it’s great appreciation for our judges this year. Without the donation of judging time from Ellison Gilliland, Charlie Hess, Nick Carson, Shane Bevel and others the club would have barely broken even on most of our trials this year and would not be in the financial position we are to continue to improve the grounds, offer new programs to our members and support the 2016 Youth Outdoor Expo coming up in August. Likewise, the use of Ellison Gilliland, Ramey and Lance Standlee, Tom Krause and Ben Faulkner’s UTVs and Bob Dorn’s ATV, we would have had to rent these vehicles and the same financial situation would have occurred. Without the support of our members, this club would not be what it is today. Thanks to all of you who contribute in some way.

The final trial of the year went off with decent weather and great cover on the field. Bird work was solid and all dogs did pretty well. In the gun dog field, Sonja, GSP female, handled by Keith Lindsay, ticked up five wins and four retrieves for first place. Three finds and retrieves and a first find of under a minute secured second place for Hoss, Pointer male, under the direction of Larry Moore. Meanwhile, Bullett, Brittany male, placed third with three finds and retrieves with a first find at 4:03.

Updated standings and Gun Dog and Puppy of the year results will be posted later this week along with final points standings and championship rosters for the 2016 Sho-Me Gun Dog Championship. Thanks again for a great 2015 season.